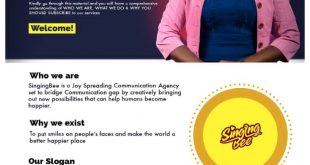 As the 4th session in its 8-week Journalism Clinic which started in February, the Union of Campus Journalists (UCJ) Federal University Oye-Ekiti (FUOYE) held a webinar on Basic Interview Techniques on Saturday, 26th February, 2022.

The webinar which commenced at exactly 8:00pm had in attendance students from various tertiary institutions and diverse departments across the country.

The moderator gave a brief introduction of the speaker, Samson Adenekan who is a savvy political analyst and OAP with years of experience as a journalist.

The speaker, Samson Adenekan dived into the topic, “Basic Interview Techniques” after a few pleasantries with the attendees. He described an interview as a conversation with a focus that can be face to face, over a phone call, or other means of communication.

“Journalistic Interview can succinctly be described as a conversation with a purpose,” he said.

He highlighted that the first technique in conducting a successful interview or nailing an interview session with one’s source is how well a researcher one is.

“As a thorough researcher, before going for an interview, you must have gathered both the relevant and irrelevant information about the source or the subject you want to base your interview on,” he asserted.

He also highlighted six other techniques for conducting a basic interview. He noted that a journalist must get the questions ready, stay composed, avoid bogus use of words, take the lead, be an active listener, and stay in touch with their sources.

Sunday Awosoro, a campus journalist from FUOYE asked if he was supposed to check on his past sources now and then just to get leads from them.

“Won’t it bore or irritate them if I do?” He asked.

“No. You may not be able to keep a tab on all of them as you grow in the business, but don’t ignore or leave their calls and messages unattended to,” Mr. Samson replied.

Speaking with UCJ FUOYE, Friday Omosola, a student of Adekunle Ajasin University, expressed his joy in attending the training.

“The webinar was an eye-opener. I learnt basic major techniques of interviewing. It exposed me more to the practical aspect than what I was taught in class. I’ll be making use of it judiciously in my journalism profession,” he said.

After attending to the last question from one of the attendees, the webinar was called to an end by Sunday Awosoro, the Managing Editor of UCJ FUOYE.

The Union of Campus Journalists (UCJ) FUOYE, in a bid to expose budding journalists to the operations of journalism, designed this 8-week long training.

Led by Helena Idiovo, the current President of the Union, the training, which consists of 8 sessions, will be facilitated by journalism professionals and media experts from the mainstream platforms between February and March, 2022.

Introducing the first session was Adejumo Kabir, a former campus journalist and Ass. Investigative Editor at HumAngle. The second was facilitated by Vincent Ufuoma of the International Centre for Investigative Reporting (ICIR) who taught on the Rudiments of News Writing. And the third session was directed by Deborah Tolu-Kolawole, a journalist at The PUNCH. She spoke on the topic – Children and Women: Balancing Sensitive Reports. The final sessions are set to hold for the four weekends in March.

As published by Campus Reporter.