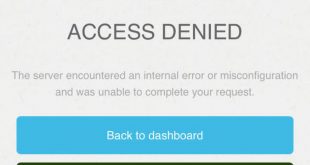 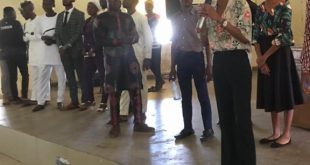 The press conference which was stipulated to hold, same day, at 1:00 pm, commenced at 2:30 pm with the students and legislative bodies standing in honour of the mace.

The staff adviser of ESAN, Dr. Nwogu Godwin, made the opening prayer and advised the legislative bodies and the students to work together and be hard working.

Dr. Osies Mensa Prince, who represented the Dean of the faculty, apologized for the Dean’s absence. He also advised them to continue the good work.

The speaker of the 3rd assembly, Hon. Yakub Muhammad Adegboyega, thanked his supporters and promised to serve the students.

He also spoke on the achievements of the chamber and also passed a bill of the association.

The press conference, meanwhile, is a subset of the investiture ceremony that would see the Education Students’ Representative Council hold an election for the 4th assembly.

The members of the 3rd assembly had been dissolved in order to swear in the 4th assembly members at exactly 3:30 pm before the commencement of the main event, the Education Students Representative Council election.

However, there was a disagreement between the electoral committee and the representatives of the qualified members.

All efforts of the UCJ FUOYE correspondent to speak with the electoral committee were in vain as they refused to disclose what led to the disagreement.

Nevertheless, the election was postponed after more than two-thirds of the members agreed to the postponement of the election, with the committee promising to release a memo to communicate the date of the election.

The school Chief Security Officer in an interview with the UCJ FUOYE reporter said the two bodies lack proper arrangement.