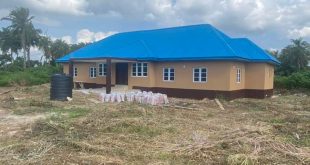 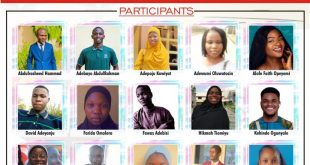 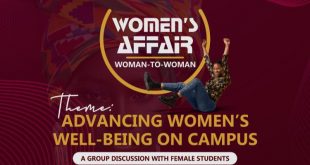 The Federal University Oye-Ekiti has inaugurated a new set of Students’ Union executives to direct the affairs of the Union.

The inauguration ceremony held on Tuesday, 24th of August, 2021, at the University Main Auditorium.

The programme, which commenced at exactly 11:52 am had Mr. Soji, the master of ceremony introduce the dignitaries which comprised the Deputy Vice-Chancellor of the University, Professor Jeremiah Omotola; the Dean of Students’ Affairs, Prof. Dosu Malomo, and Chief JD Modede, respectively.

Giving a welcome address, the DVC commended the Dean of Students Affairs for his diligent work and regarded him as a friend of the students.

He also made it known that, under the leadership of the outgoing President, Comrade Alabi Johnson, his administration displayed uncommon leadership and led the students’ body without any form of unrest, which is the first in the history of the University.

He added that the new executives were dimmed fit and elected because of the trust the students have in them.

He concluded his speech by enumerating several developments achieved during the administration of the outgoing FUOYESU executives.

The outgoing President, Comr. Alabi Johnson gave his last-minute speech by recognizing the Vice-Chancellor, the Dean of Students’ Affairs, the University management and appreciated the students and his executives, faculty and departmental presidents, class governors, and their deputies.

He also highlighted the achievements of his administration.

“With the support of the Vice-Chancellor, the University WIFI became active, the swift release of results was achieved, purchase of two shuttles by the union was done and street lights on both campuses became functional.”

He went further to unveil that the executives also introduced a union tutorial to help students with courses they found difficult. Also, he stated that the first-ever FUOYESU debate involving all faculties in the varsity was held.

“FUOYESU press conference, FUOYESU sports festival, and trade fair were all organized during the tenure.”

Mr. Johnson Adeyemo swore the new executives in and they repeated the oaths after him.

The new FUOYESU President, Salahudeen Teslim, ushered in his speech with a song.

“This administration will be selfless and ready for duty. FUOYE is one of the beautiful places I have ever been. It’s a pride being a student,” he said.

He also acknowledged the good legacy of his predecessor and also appreciated his co-aspirants.

The NASS National President, Mr Shittu Ahmed and Mr Salahudeen, the father of the president were also in attendance.

The 2019/2020 outgoing administration presented a gift to the VC, Prof. Fasina, in collaboration with the FUOYE Joint Christian Fellowship (FJCF). However, the presentation was received by the DVC, Prof. Omotola, on behalf of the Vice-Chancellor.

Speaking with the newly-inaugurated President, he revealed that the current administration will start working as soon as the new session commences.

“We are going to put in our very best to ensure the comfortability of the students,” he assured.